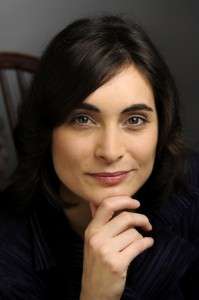 Annabelle Gauberti is a solicitor of England and Wales, as well as an “avocat à la Cour”, French-qualified lawyer, who focuses her practice on providing legal services, on either contentious or non-contentious matters, to companies and individuals working in the creative industries in general, and the luxury goods, fashion, music, motion picture, television, Internet, multimedia sectors in particular.

Annabelle Gauberti has more than sixteen years of experience practising fashion law, also known in France as “droit du luxe” (law of luxury goods). Since 2003, she has written numerous publications about it. Ms Gauberti is at the forefront of the expansion of fashion law and the law of luxury goods, notably by providing lectures and seminars to professionals and students enrolled in luxury law seminars and Luxury Brand Management MBAs around the world.

Specialising in solving all types of legal issues that creative companies have to contend with, either in corporate law, finance law, selective distribution, trade law or intellectual property, Ms Gauberti excels at providing the best legal advice possible, in order to judiciously defend and represent the interests of her clients.

Annabelle Gauberti represents individuals and companies on intellectual property matters including recording and publishing agreements for individual artists and composers; actor, director, producer and writer agreements in film and television; executive employment agreements; complex acquisitions and sales of entertainment catalogs; production agreements on behalf of music, television and motion picture companies, and all entertainment issues relative to the Internet.

She also counsels European and international clients in complex commercial transactions in the US, Asia and the Middle East region in a wide range of industries, including retail and consumer goods, internet & digital media, information technology, media & entertainment, music, life sciences and hospitality, gaming & leisure.

Annabelle regularly guest lectures at MIDEM, the Cannes Film Festival, Les EchosFormation, and the Tranoï fashion trade shows. She is also a founding member, as well as the president and treasurer, of the international association of lawyers for the creative industries (ialci).