London-based fashion law firm Crefovi publishes exclusive research relating to the hostile takeover of Louis Vuitton Moët Hennessy (“LVMH”) by Bernard Arnault. While the biography of Bernard Arnault entitled ‟The exterminating angel” appears, it is interesting to study the legal mechanism which enabled this astute businessman to appropriate, more than ten years ago, the control of LVMH. Do OBSA and luxury go hand in hand? 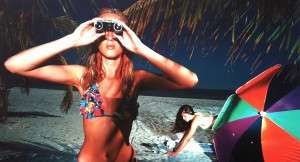 The law dated 3 January 1983 on the development of investments allows companies to issue bonds which confer on their holders the right to subscribe, under the conditions and deadlines set by the issuance contract, for shares of the issuing company. The shareholders of the company issuing Bonds with Share Warrants (‟BSW”) generally have a preferential subscription right to these composite securities, except when the extraordinary general meeting (‟EGM”) has decided that the the issue of BSW would entail a waiver on the part of the shareholders of this subscription right. These BSW give great flexibility to the saver who can opt for one of the four strategies below:

In 1986, the EGM of the company Moët-Hennessy authorised the board of directors to issue BSW and waived the shareholders’ preferential subscription right to these securities, only in the event that the issue was carried out outside France, by means of a public placement. There followed, on 5 March 1987, an issue of 80,000 BSW; each BSW comprising 18 share subscription warrants. An investment syndicate was set up, within which French banks kept most of the warrants.

In September 1987, Moët-Hennessy merged with Louis Vuitton, and became Louis Vuitton Moët Hennessy (‟LVMH”). In June 1988, following an aborted attempt at a public takeover bid on LVMH by the Arnault group, a collection of LVMH shares, convertible bonds and share warrants by this group took place. In January 1989, a new collection enabled the Arnault group to hold 93.9 percent of the total share warrants issued from the BSW.

Following these events, a press release from the ‟Commission des Opérations de Bourse” (‟COB”) was published on 16 May 1989, considering that the placement of the BSW had been made under conditions contrary to the decisions of the EGM, but that it it was up to the judicial authority alone to assess the follow-up to be reserved for such operations. On 19 May, minority shareholders of LVMH brought legal proceedings against the company and obtained the sequestration of the share warrants and of the resulting shares, owned by the Arnault group.

In June 1989, 78 LVMH shareholders brought legal proceedings against the company to obtain the confirmation that the issue of the share warrants from the BSW was null and void. This gave rise to a three-year legal battle, comprising four rejection decisions formulated respectively by the Commercial court and the Paris Court of appeal, confirmed by a judgment of the Court of Cassation dated 15 July 1992.

What legal arguments did the judicial authority use to dismiss the appeal of the shareholders of Moët-Hennessy requesting the cancellation of the issue of the BSW, while it is not disputable that the shareholders had accepted, at the EGM dated 6 June 1986, to waive their preferential subscription right to the BSW only if the issue of BSW was public and international? Whereas the ‟placement was organised under conditions contrary to the decisions of the EGM of the company Moët-Hennessy”, according to the COB, since the shareholders could not exercise either their preferential subscription right or their subscription right as a priority, although the BSW program was not of a public or international nature, the judicial authority considers these reasons insufficient to pronounce the cancellation of the disputed program.

Recognition of a procedural flaw in the BSW issuance process

The Paris Court of Appeal recognises, in its judgment dated 2 November 1989, that hidden provisions established by a protocol between the company Moët-Hennessy and the banking union, the terms of which have been corroborated by the course of the facts, were applied by the investment syndicate to capture, on a lasting basis, more than half of the capital increase, and to reserve the subsequent sale of the warrants to buyers approved by the issuing company. Consequently, the Court recognises that the issue of BSW had lost its public character intended by the authorisation of the EGM, and that the predestination of the securities for the benefit of French subscribers organised by this protocol removed any international character to the program. This distortion of the EGM decision having vitiated the BSW issuance procedure, there was a risk of annulability of the irregular issuance.

Bonds with share warrants and luxury: the judge’s refusal to cancel the disputed program

The minority shareholders then decided to again start legal proceedings against LVMH, as well as the companies from the Arnault group that had held the disputed securities, before the Commercial Court, to which they asked to pronounce the nullity of the issue of the BSW: they were dismissed by a judgment dated 19 January 1990, confirmed by the judgment of the Paris Court of Appeal dated 26 April 1990. Set out in its new motivation, the Court specified that, although the issue of BSW was irregular, none of the applicants in the proceedings could justify an interest in bringing such legal proceedings.

The Court considered ‟that under article 31 of the new code of civil procedure, the action is only open to those who have a legitimate interest in the success, or rejection, of a claim”. It takes refuge behind the authority of ‟res judicata” to consider that it had been definitively judged that the shareholders, who had only been deprived of their right of priority, which is not negotiable, and not of their right to preferential subscription, could not argue of the slightest material interest. In addition, the court of appeal considered that the claimants could not plead a moral interest in bringing proceedings either, since, in its judgment dated 2 November 1989, it had already noted the flaws in the issuance procedure and taken into account the moral prejudice caused to the shareholders. The Court of Cassation, in its confirmatory judgment dated 15 July 1992, invoked the sovereign assessment of the Court of Appeal of the claimants’ lack of material and moral interest in bringing proceedings, and refused to grant the minority shareholders’ request to cancel the BSW issue dated 1987.

Bernard Arnault thus obtained control of the world’s leading luxury company through the use of BSW, taking advantage of the fact that the legal regime of these new composite securities was still poorly understood by the courts, to neutralise the minority shareholders of LVMH. Legal professionals followed the legal dispute very closely since this dispute made it possible to clarify the legal regime of BSW, which was still poorly defined at the time, and to clarify the outlines of the legal action of invalidity, under French company law. The case-law decisions cited above, relating to the request for cancellation of the disputed program, still constitute the benchmark judgments in the matter of BSW today.