Over the past 20 years, designer Christian Louboutin has built a fashion business based on one of the most sought-after shoe brands worldwide, boasting a sales increase from more than 300,000 pairs sold in 2009 to 700,000 in 2011. His designs reached a new level of recognition this year, when some of his most exquisite, quirky and famous shoes were exhibited at London’s Design Museum, where a retrospective of his work attracted more than 38,000 visitors in the show’s first six weeks, setting a new attendance record for the museum. 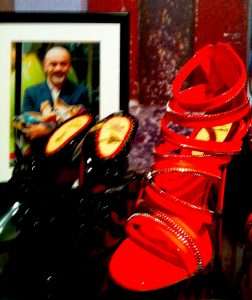 Clearly, people like Christian Louboutin shoes and their distinctive red soles a lot. As it happens, some other shoe designers and manufacturers also like the concept of red-sole shoes, and this is where the situation becomes more complex.

Mr Louboutin, owner of the international semi-figurative trademark represented by a red sole on which is written ‟Christian Louboutin”, deposited with the World Intellectual Property Organization (‟WIPO”), under French priority of the French trade mark registered on 29 November 2000, and Christian Louboutin SA, owner of an exclusive license allowing it to operate the trade mark, have combated, with mixed results, any attempt by other fashion and luxury goods companies to use red soles on shoes.

In December 2007, Mr Louboutin and his company sued the Italian shoe brand Cesare Paciotti for trade mark imitation, unfair competition and parasitism, as well as damage allegedly done to the reputation of the Louboutin brand. However, the Paris Court of First Instance rejected those claims, which were based on Cesare Paciotti’s commercialisation of one pair of red-sole shoes.

Mr Louboutin and his company fared better in January 2011, when the Paris court of first instance ruled in their favor, finding that Eden Shoes had damaged the reputation of the famous Louboutin brand by using red soles, ‟diminishing the trade mark’s attractiveness in customers’ eyes by making it banal”, and leading to a loss of consumer interest and resulting business for Christian Louboutin SA, the exclusive licensee of the trade mark.

Mr Louboutin suffered a new setback on 22 June 2011, when the Paris court of appeal overturned a 2008 Paris court of first instance ruling in his favour in a dispute with the shop Zara over its choice of a red sole for its products. Criticising the absence of a three-dimensional representation of Mr Louboutin’s French trade mark and its lack of distinctiveness, clarity and exactitude, as well as the lack of precision in relation to the claimed red colour, the court of appeal declared Christian Louboutin’s trade mark invalid. The court justified its decision to invalidate the French trade mark on the grounds that ‟it was not immediately identifiable as the representation of a sole, such interpretation only coming to mind after reading the descriptive summary that Mr Louboutin had judged useful to add” on the register. The court of appeal further denied the right to trade mark a concept, ie the idea of systematically putting bright red soles on shoes produced by the same brand.

Further, the court of appeal ruled that letting the first instance decision stand, which sentenced Zara for unfair competition and parasitism, would be tantamount to forbidding anyone to retail red-sole shoes, apart from Mr Louboutin and his company. Such a claim, according to the court, would be exorbitant and ‟the fact that the fashion press and sophisticated consumers associated the brand with a red sole would not justify the perpetual appropriation, by Christian Louboutin’s company, of the concept consisting of systematically putting red soles on women’s shoes”.

On 30 May 2012, in a major blow for Mr Louboutin and his company, the ‟cour de cassation” – France’s equivalent of the US Supreme Court – confirmed the court of appeal’s decision, thereby irrevocably invalidating Mr Louboutin’s French trade mark.

The ‟cour de cassation” further upheld the court of appeal’s rejection of the Louboutin company’s allegations of unfair competition, parasitism and risk of confusion, because the retail price for a pair of Zara’s red-sole shoes was Euros49, about one-tenth of the price of a pair of Christian Louboutin SA’s shoes, which meant that those two companies were operating on two totally distinct markets.

So, does this decision by the French courts mean that Christian Louboutin can successfully sue over alleged unfair competition and parasitism only in the case of red-sole shoes that are sold within the same price range as Mr Louboutin’s shoes?

The fashion and legal communities should soon have an answer to this very question, once the US court of appeals for the second circuit either overturns or upholds a decision by the US district court of the Southern district of New York (Christian Louboutin SA v Yves Saint Laurent Am, Inc (‟YSL”), 2011 WL 3505350).

Using a defence argument similar to that put forth by Zara in the French courts’ legal saga, YSL denied that its challenged shoes’ red outsoles created any risk of consumer confusion at or after the point of sale, and further moved to invalidate the federal registration of the trade mark awarded to Mr Louboutin by the US Patent and Trademark Office in 2008, on the grounds that the red sole is merely aesthetically functional and lacks secondary meaning.

On 10 August 2011, the US district court of the Southern district of New York denied the Louboutin company’s request for an injunction. Southern District Judge Victor Marrero wrote, ‟Louboutin’s claim to ‟the color red” is, without some limitation, overly broad and inconsistent with the scheme of trade mark registration established by the Lanham Act. Awarding one participant in the designer shoe market a monopoly on the color red would impermissibly hinder competition among other participants”.

The second circuit’s decision, expected this summer, is eagerly awaited by luxury goods companies and the retail community in general. Indeed, there is a lot at stake in the pending decision relating to whether trademarked colours are valid. For example, Tiffany & Co has had a trade mark on robin’s-egg blue since 1998, while United Parcel Service owns a trademark on a particular shade of brown, and the parent company of M&M’s lays claim to a particular shade of yellow. The repercussions of a second circuit decision in the Christian Louboutin case, if it invalidates his US trade mark, could therefore be wide and expensive for a significant number of global consumer goods companies.

As far as Christian Louboutin is concerned, it is time for him to prepare for the worst and explore new avenues to efficiently protect his intellectual property. Now that the Cour de cassation has irreversibly invalidated his main trade mark, deposited in France in 2000, an obvious route for him to take would be to immediately register with the French ‟Institut National de la Propriété Intellectuelle” (‟INPI”), and subsequently with WIPO, a new international trade mark of the red sole, which must be three-dimensional and unambiguous and must clearly set out the red colour used by Mr Louboutin by referring to an international colour order system, such as Pantone. Also, as much as the fast pace of fashion allows, Mr Louboutin should register his shoes’ designs before such shoes are shown and sold to the public, while creating even more distinctive and complex shoe models, which would be difficult to copy and/or counterfeit.

Another route that Mr Louboutin and his company may explore would be to pool forces with fashion trade associations, such as the ‟Comité Colbert” in France and the Council of Fashion Designers of America, and other luxury goods companies that do not compete in his field, like Tiffany, in order to efficiently lobby the European Union legislators and the US Congress for better trade mark protection of colours. If Christian Louboutin’s lobbying efforts proved successful, his products and trade marks would efficiently be protected and enforced in two of the largest luxury goods markets in the world. Finally, apart from naming and shaming fashion companies that use red soles on their shoes, Mr Louboutin may consider seeking another trial in France, which he may win if it is against a large luxury goods company retailing red-sole shoes at the same price range as Mr Louboutin’s shoes in France, provided that the registration of his new French three-dimensional trademark on the red sole is completed before the new trial.