How copyright applicable to industrial design must evolve, in the UK

Update on 19 June 2017: Since the publication of this article on copyright applicable to industrial design in October 2012, and following a campaign by the UK design lobby, the government of the United Kingdom (‟UK”) included in its Enterprise and Regulatory Reform Bill a provision repealing Section 52 so as to apply the full copyright term of life plus 70 years to industrially exploited artistic works. This will resurrect a number of (to date) curtailed rights.

The luxury goods and creative industries market continues to outperform the wider European economy, growing at 13 percent between 2009 and 2010, and 10 percent between 2010 and 2011. In this thriving environment, the high-end segment of European design household and office equipment, furniture and furnishing has, with other luxury goods and creative industries, truly formed the flagship of the European economy. How does copyright applicable to industrial design must evolve, in the UK, to sustain this growth? 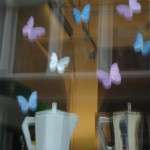 One of the major challenges encountered by the luxury goods and creative industries sectors is the promotion of intellectual property (‟IP”). This is because the main asset of a creative or luxury business is its intellectual property, represented by things such as designs, photographs and advertising text, technical inventions and processes, secret techniques, as well as brand names and logos. To ensure fair competition, IP protection should be optimum, as well as harmonised throughout Europe.

Thanks to this drive to create a level playing field, many overtly say that the existing UK design law framework does not offer adequate IP protection to designers and design companies. Elle Decoration has even launched an ‟Equal Rights for Design” campaign to increase awareness about this situation and to contribute to changing UK laws in relation to copyright applicable to industrial design. M. Ogundehin, editor of Elle Decoration, thinks that these laws undermine fair competition between UK designers and their peers who practice in other geographical areas.

While the UK is home to some of the most prestigious design schools in the world, such as the Royal College of Arts, Central Saint Martins College of Arts & Design, the London College of Communication and the Said Business School at the University of Oxford, and to some of the most recognised practitioners in the design field such as Terence Conran, Tom Dixon, Ross Lovegrove and Jasper Morrison, the duration of protection of copyright applicable to industrial design is among the shortest in the world.  Indeed, sections 51 and 52 of the Copyright Designs and Patents Act 1988 (CPDA 1988) limit the role of copyright in case of industrial exploitation of design derived from artistic work. More specifically, section 52 of the CPDA 1988 provides that the duration of copyright applicable to industrial design is limited to 25 years from the date of first marketing, when the design is applied industrially (i.e. more than 50 copies are made). Should a design not be in the industrial design field, the duration of its copyright would, by default, be equal to the duration of the life of its author plus 70 years. To conclude, it is obvious that, in the UK, industrial designs are far less protected than other designs and artistic, literary, dramatic and musical works, since the duration of the provided copyright applicable to industrial design is significantly shorter. In practice, this means that after 25 years from the date of first marketing, industrial design falls back into the public domain and can be legitimately copied by anyone in the UK, even without having signed a license agreement or assignment agreement with the designer who is the author of the works.

This is to be contrasted with other copyright frameworks around the world. It appears that the UK is the only member-state in the European Union, along with Estonia and Romania, to have placed a limit of 25 years from the date of first marketing of the industrial design, on the copyright applicable to industrial design.  All other member-states of the European Union, and in particular France, Italy and Germany, have granted a copyright protection equal to the life of the creator plus 70 years, for artistic works produced through an industrial design process. Even in the USA, where no copyright protection is provided to fashion design for garments – much to the annoyance of American fashion designers who are lobbying to have adequate legislation put in place to protect their work – other types of industrial design, such as the design of microchips, do receive protection during the life of their author plus 70 years. Japan, where design masters such as Sori Yanagi, Shiro Kuramata and Isamu Noguchi have practiced and had a major impact on the field of design, provides copyright applicable to industrial designs during the life of the author plus 50 years. Japan is considering extending the duration of protection to 70 years, to be more in line with the USA and most European countries.

The UK copyright framework relating to industrial designs should evolve very soon. The Enterprise and regulatory reform bill 2012-2013, which section 65 provides for the omission of section 52 of the CPDA 1988, was first read on 18 October 2012 at the House of Lords. This stage is a formality that signals the start of the bill’s journey through the Lords, before a final royal assent. If all goes to plan, the current limitation to 25 years from first marketing on the copyright for designs derived from artistic work, which are exploited through an industrial process, will be replaced by a protection period equal to the life of the author plus 70 years.

Even if these possible changes in English copyright applicable to industrial design should be comforting to UK-based industrial designers, it is nonetheless necessary to make the most of the cumulative protection, which can exist concurrently, for the same work. For example,  that same industrial design should also be registered at the Designs Registry of the Patent Office, in order to obtain adequate UK registered design rights. If the design or prototype is deemed original enough, the designer will be granted protection for up to 25 years, which can be renewed every 5 years.