The Gucci PPR alliance: an example of application of regulations on public takeover bids

The Gucci Group (‟Gucci”) Pinault Printemps Redoute (‟PPR”) alliance is based on a well-known hostile takeover bid, which was played out by applying the regulations on Public Takeover Bids (‟PTB”) to the advantage of PPR, riveting the pawn to its rival Louis Vuitton Moët Hennessy (‟LVMH”). 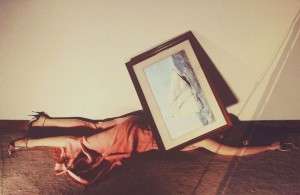 Since the beginning of 2003, the business press has frequently cited the distribution group Pinault Printemps Redoute (‟PPR”). First of all, because it is increasing the number of disposals of its assets deemed to be non-strategic (sale to Crédit Agricole of 61 percent of Finaref’s capital, takeover by Office Depot of Guilbert, the European leader in the distribution of office supplies to companies, sale to the Wolseley group of Pinault Bois & Matériaux, etc.); but also because PPR has bought in parallel many shares of the Dutch company Gucci Group (‟Gucci”), bringing its stake in the luxury group to 63.28 per cent as of 8 May 2003. This article details the Gucci PPR alliance.

In addition, François Pinault, the founder of the PPR group and the man who organised the refocusing of the group towards luxury goods and mass distribution, has just handed over the presidency of Artémis, the holding company holding 42 percent of PPR, to his son François-Henri Pinault.

Finally, the stylist of Gucci, Tom Ford, exercised, at the beginning of May 2003, 1 million of his stock options out of the 4 that he can use from December 1999 to June 2004. This withdrawal of Tom Ford from the Gucci shareholding was interpreted as a sign of his forthcoming departure from the luxury group, accentuated by the fact that his employment contract will expire in June 2004. These rumors have been denied by the creator, who announced his intention to stay as long as his ‟creative freedom was not threatened”.

It is worth recalling the context which allowed PPR to become the majority shareholder of Gucci, as well as the objectives towards which these two groups are striving today.

The Gucci PPR alliance: the discovery of the white knight, PPR

According to article 1 of COB Regulation n°2002-04, a Public Takeover Bid (‟PTB”) corresponds to ‟any public offer made to the holders of financial instruments traded on a regulated market, with a view to acquiring all or part of said financial instruments”. When a hostile PTB (that is to say not desired by the target issuer) is or will be launched on a company, there is a defense tactic which consists, for the company victim of the attack, in finding a white knight in order to preserve his independence. The strategy is to sell a large block of shares to a friendly investor whom the target company does not see as a competitor or a danger.

This is the solution for which Gucci opted in March 1999, following the purchase by Louis Vuitton Moët Hennessy (‟LVMH”) of 34.4 percent of its capital (20,154,985 shares). Four years earlier, Gucci was listed on the New York and Amsterdam stock exchanges at a price of USD22, and five years earlier Domenico De Sole was named CEO of the Italian luxury group, while Tom Ford stepped up to the role of artistic director. These two men viewed the buyback of Gucci shares in January 1999 by LVMH with a very negative view, Louis Vuitton being the major direct competitor of their company. Indeed, even if LVMH was not subject to the obligation under French law to trigger a takeover bid following the crossing of the threshold of 33.33 percent in the capital of Gucci (since the fact that the target is listed in the Netherlands brings the potential transaction within the scope of Dutch law, which does not require a PTB in such circumstances), the leading luxury group in the world nevertheless took a leading position in the capital of the Italo-Dutch leather goods manufacturer.

To counter the attack, Domenico De Sole and his advisers first organised a capital increase by cash contribution reserved to employees, as part of an ‟Employee Stock Ownership Plan”, aimed at diluting LVMH’s share in the capital at 25.6 percent, but which was canceled by the Chamber of Enterprises of the Amsterdam Court of Appeal because the latter considered the increase questionable. While the Chambre des Entreprises invited LVMH and Gucci to negotiate in its decision dated 3 March 1999, Gucci subtly implemented the white knight technique: Morgan Stanley, Gucci’s investment bank, suggested launching a second capital increase by contribution in kind, which would be reserved for PPR, a hitherto unknown group in the luxury sector; this would result in the dilution of LVMH’s stake from 34.4 percent to 20.6 percent. Gucci, who wanted to escape LVMH, was enthusiastic but unwilling to make any concessions on the selling price of its shares; PPR which, at the same time, was negotiating the takeover of Sanofi Beauté, whose assets notably included Yves Saint Laurent Couture and Yves Saint Laurent Parfums, wanted to diversify into the luxury sector. On 19 March 1999, the Strategic Investment Agreement (‟SIA”) between PPR and Gucci was signed, immediately followed by the capital increase: to acquire 39,007,133 shares, or 40 percent of Gucci’s capital, PPR had to pay USD2.9 billion, or USD75 per Gucci share (while the stock price at the time was USD60 per share). The Chamber of Companies of the Amsterdam Court of Appeal refused, in its judgment dated 27 May 1999, to cancel this capital increase at the request of LVMH, considering that any target company has the right to defend itself against a ‟untimely shareholder who acquires a dominant or notable degree of power”.

The underlying threat, within the strategy of the white knight, is that the relations between the said knight and the company are deteriorating, and that the former wishes to acquire in the long term the total control of the company which he has previously ‟rescued”.

The standstill clauses and the March 2004 deadline

In order to prevent the white knight from turning into a hostile raider, companies generally use standstill agreements, which impose certain limits on the investor entering the capital of the company in order to protect it from a non-granted PTB. Thus, the share purchase agreement will limit the percentage of shares that the white knight can acquire, in addition to the shares obtained previously as part of the defensive strategy against the attempted hostile PTB, during a specific period of time  named ‟standstill period”.

To optimise the relationship between Gucci and PPR, the SIA included a five-year standstill period (until 2004) during which PPR agreed not to increase its share in Gucci’s shareholding to more than 42 percent. Gucci’s autonomy was also preserved by additional non-competition clauses between PPR and Gucci and of assurance of Gucci’s independence. Between June 1999 and November 2000, LVMH appealed against the decision of the Chamber of Companies of the Amsterdam court dated 27 May 1999, and brought five lawsuits before the District Court of Amsterdam against Gucci, in order, among other things, to cancel the SIA as well as the capital increase in favor of PPR. After two and a half years of negotiations, the three parties involved (Gucci, PPR and LVMH) reached a consensus, adopting a share buyback agreement (the ‟Agreement”) and amending the SIA on 9 September 2001.

The Agreement provided for the resolution of the conflict between the three companies in three stages, in order to lead to the disengagement of LVMH in the 20.6 percent stake held in the capital of Gucci; in return for which LVMH, Gucci and PPR agreed to withdraw all complaints and pending legal actions relating to the shares in the shareholding of LVMH, PPR and Gucci. Initially, PPR undertook to acquire on 22 October 2001, 8,579,337 shares (representing 8.6 per cent of Gucci’s capital) from LVMH at a price of USD94 per share. In a second step, an exceptional dividend of USD7 per share was to be paid by Gucci to all its shareholders except PPR, by 15 December 2001 at the latest. Finally, PPR agreed to launch a PTB for the attention of the minority shareholders of Gucci (including LVMH) on 22 March 2004, at a price of USD101.50 per share in order to acquire the remainder of the capital of Gucci; this commitment being accompanied by penalty clauses in the event that PPR waives its offer for a cause other than force majeure (LVMH and Gucci would then have the right to claim damages from PPR and Gucci could distribute dividends in shares, which would reduce PPR’s stake in that company to 42 percent). A standstill clause with regard to LVMH was inserted in the Agreement, since from 9 September 2001 to 31 December 2009, LVMH and its subsidiaries will not be able to acquire shares from the Gucci group, except by launching a PTB on 100 percent of Gucci shares, following the prior authorisation of Gucci’s board of directors and independent directors. LVMH may also not, during this period, interfere in the management of this company and has undertaken to be a passive shareholder, exercising its rights only to receive dividends and vote at general meetings. On 17 December 2001, following the completion of the first two stages of the Agreement, LVMH sold the 11,565,648 shares remaining in its possession (representing 11.5 percent of Gucci’s capital) to Crédit Lyonnais, at an average price of USD90 per share, fully withdrawing from the capital of the Italian luxury company. Gucci thus succeeded in keeping LVMH at bay with the Agreement and also took advantage of the renegotiation of the SIA to modify the standstill clause which bound it to PPR.

PPR’s refocusing strategy: the creation of the 3rd largest luxury group in the world

To acquire the 60 percent of Gucci that it held on 1 March 2003, PPR has already spent 4.6 billion Euros, and it plans a budget of an additional 1 billion Euros (based on an estimate from 85 to 90 Euros per share) to increase its stake in Gucci’s shareholding to 70 percent before the PTB. As this last financial transaction is expected to cost 3 billion Euros, the refocusing of PPR on the luxury sector amounts to 8.6 billion Euros. Hence the need for PPR, whose debt ratio stood at 76 percent at the end of 2002, to sell its non-core assets (such as retail brands to professionals as well as financial services), in order to generate a flow of cash needed to repay the group’s debt and to finance the Gucci transaction. At the same time, PPR rescheduled its debt, issuing bonds (called ‟Océanes”) for an amount of 940 million Euros in mid-May 2003.

The restructuring of the PPR group, both sectoral and financial, is underway; its culmination being the PTB of March 2004 by which the company founded by François Pinault should obtain control of the entire capital of Gucci. While financial engineering will make it possible to achieve this result, the most ambitious challenge that PPR will undoubtedly have to take up consists in the mobilisation of a united management team motivated by the group’s success in luxury, and in widening the market share of the restructured entity in this industrial sector with largely profitable margins.