In the creative industries, many intellectual property rights, such as copyright, trademarks, registered designs and patents, are subjected to licenses, in order for right owners and creators to monetize such rights. However, things do not always go smoothly during and after the term of the licensing agreement, between the licensor and the licensee. Therefore, what are the remedies that the licensor may put in place, in order to ensure that his or her intellectual property rights are fairly monetised? How to remedy a breach of license which term is overran? 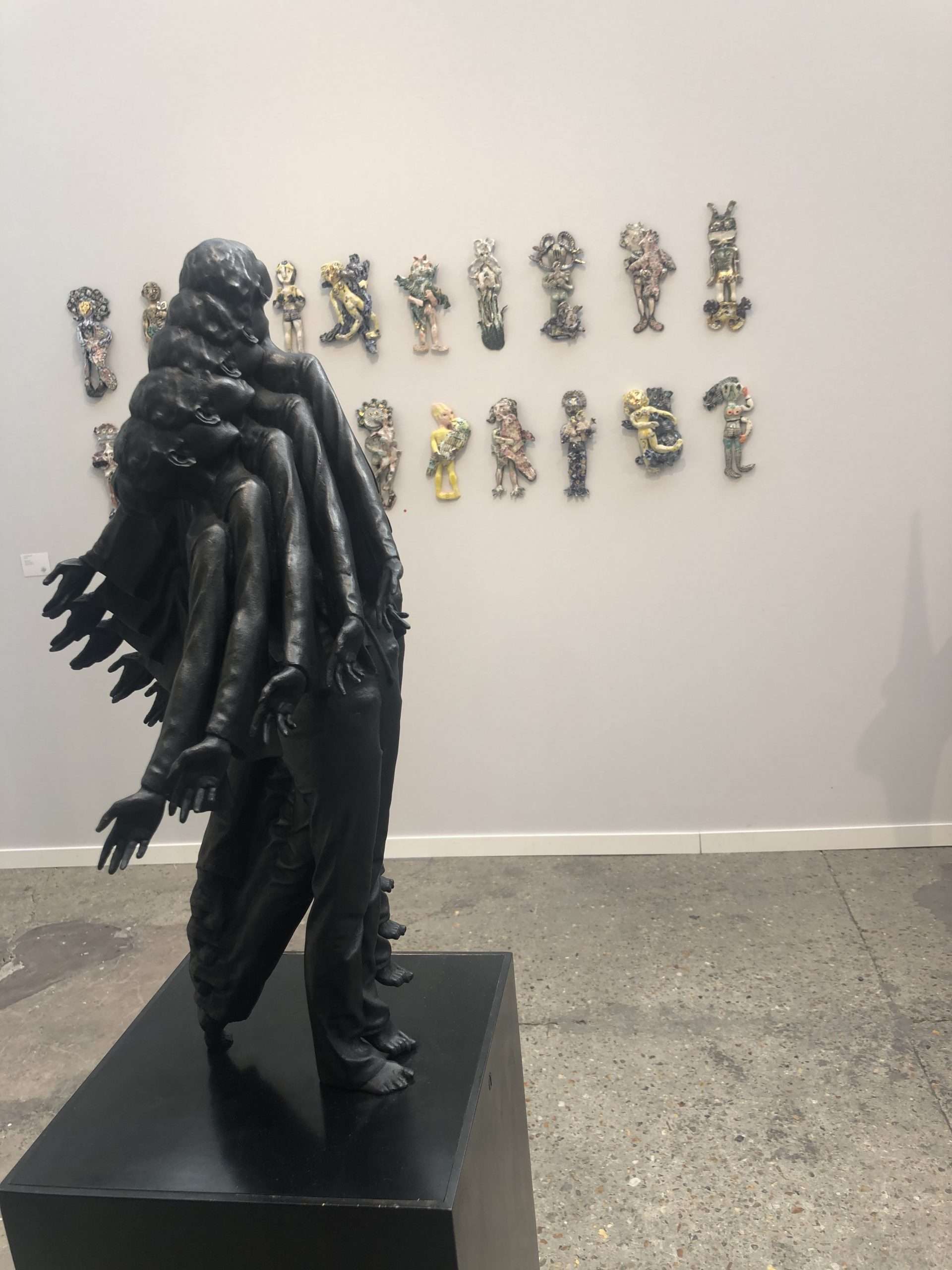 1. What is a license agreement?

A license is the contract which authorises the use of a certain intellectual property right (‟IPRs”), be it copyright, a trademark, a design or a patent, for commercial purposes, by a licensee, in exchange for the payment of royalties to the licensor, i.e. the right owner. These royalties are usually computed as a percentage of the turnover generated by the sale of products manufactured, or services provided, by the licensee under this license agreement.

A license is different from an assignment agreement, in that the former has a limited term, whereby the authorisation to use the IPRs granted to the licensee by the licensor will expire, after a period of time explicitly set out in the license agreement. On the contrary, an assignment is a perpetual and irreversible transfer of ownership of some designated IPRs, from the assignor to the assignee, in exchange for the payment of a consideration (usually, a one-off sum of money).

To resume, a license is temporary and reversible upon expiry of a term, while an assignment is irrevocable and irreversible if made for consideration.

2. How are licenses used in the creative industries?

Licenses are often used in the creative industries, in order for creatives to monetise the IPRs that they created.

For example, in the music industry, many copyright licenses are entered into, in order for music distributors to distribute the masters of sound recordings to new territories, which are difficult to reach for the music label which owns such masters because this label is located in a totally different geographical area. Therefore, the licensor, the music label, relies on the expertise of the local licensee, the national distributor, to put in place the best local strategy to broadcast the masters of its sound recordings, via radio plays, local streaming websites, TV broadcasting, and then to generate revenues through these various income streams and local neighbouring rights collecting societies.

Licenses are also extremely widely used in the context of trademarks, especially with respect to distribution of luxury and fashion products on new geographical territories by local distributors (who need to have the right to use the trademark to advertise, market and open retail locations), and also with respect to deals where the licensee manufactures products in which it has a lot of expertise (such as perfumes, cosmetics, children’s garments), which the licensee then sells under the trademark of a famous fashion or luxury brand, i.e. the licensor.

In the technology sector, patent and/or copyright licenses are the norm. Indeed, softwares and sources codes are protected by copyright, so many tech companies make a living licensing their copyright into such inventions, to their retail or business customers, in exchange for some royalties and/or licensing fees. As far as technological products are concerned, those can be protected by patents, provided that they are novel, that an inventive step was present in creating such products, and that the invention is capable of industrial application. Therefore, most technological hardware products, such as mobile phones, computers, tablets, are protected by patents. And whenever there is a dichotomy between the creator of these products, and the manufacturers and distributors of such products, then some patent license agreements are entered into.

Technology licenses are, indeed, so critical, that fair, reasonable and non-discriminatory terms (‟FRAND”) have been set up in order to level the playing field: FRAND terms denote a voluntary licensing commitment that standards organisations often request from the owner of an IPR (usually a patent) which is, or may become, essential to practice a technical standard. One of the most common policies, is for the standard- setting organisation to require from a patent holder that it voluntarily agrees to include its patented technology in the standard, by licensing that technology on FRAND terms. Failing or refusing to license IPRs on FRAND terms could even be deemed to infringe antitrust rules, in particular those of the European Union (‟EU”). For example, the EU commission sent a statement of objections to Motorola Mobility, for breach of EU antitrust rules, over its attempt to enforce a patent infringement injunction against Apple in Germany. The patents in question relate to GPRS, a part of the GSM standard, which is used to make mobile phone calls. Motorola accepted that these patents were standard essential patents and had, therefore, agreed that they would be licensed to Apple on FRAND terms. However, in 2011, Motorola tried to take out, and enforce, a patent infringement injunction against Apple in Germany, based on those patents, even although Apple had said that it was willing to pay royalties, to use the patented technology. Samsung was also the recipient of a statement of objections from the EU commission, after it sought patent infringement injunctions to ‟prevent Apple from infringing patents”, despite Apple apparently being willing to pay a license fee and negotiate a license on FRAND terms.

3. How to remedy a breach of license which term is overran: what to do if the license has expired but your licensee keeps on using your IPRs?

Due to poor management and in-house record-keeping, as well as human resources disorganisation and high turnover rate of staff, the licensee may breach the licensing agreement by keeping on using the licensed IPR, although the license agreement has reached its term.

For example, in the above-mentioned case of the copyright license on some masters of sound recordings, the French local distributors and licensees of such masters overran the term of the license and kept on collecting royalties and revenues on those masters, in particular from French neighbouring rights collecting societies, well after the date of termination of this license. How, on earth, could have this happened? Well, as I experienced first hand at the music trade show Midem, many music distributors, labels and catalogues’ owners, such as music publishers, often mingle together in order to buy and sell to each other music catalogues, be it of copyrighted musical compositions and lyrics, or of copyrighted masters of sound recordings. Therefore, the terms of the first license agreement, between the licensor and the initial first licensee, become more and more blurry and forgotten, with basic provisions, such as the duration of the initial license, being conveniently lost into oblivion by the generation of successive licensees. Yes, I guarantee you, it happens very often.

Another example, relating to the above-mentioned case of a copyright license granted by an artist, on his drawings and designs commissioned by a luxury brand, which used these drawings on its website(s) and stores, in order to promote its luxury products … even after the termination date of the license!

So what can a licensor do, when he or she notices that the licensee has, or is, breaching the terms of the license agreement by overrunning its duration? How to remedy a breach of license which term is overran?

First and foremost, the licensor must gather as much pieces of evidence as possible of such breach of the term of the license agreement, by the licensee. For example, the music label, licensor, may reach out to French neighbouring rights collecting societies and ask for the royalties statements for the French distributor, ex-licensee, up-to-date, in order to have some indisputable evidence that this ex-licensee kept on collecting the neighbouring rights royalties on the sound recordings which were the subject of the license, even after the termination date of this license. The French artist, whose designs and drawings kept on being used by the luxury brand after the term of his license with this brand expired, instructed our law firm to liaise with a French bailiff, in order to have this bailiff execute a detailed report of copyright infringement on internet, by taking snapshots of the webpages of this brand’s website displaying his drawings and designs.

You will have guessed by now that, indeed, once the ex-licensor has gathered as much conclusive evidence as possible that his or her IPR is being infringed by the ex-licensee because the latter keeps on using such IPR outside the contractual framework of the now-expired license agreement, the second stage is to instruct counsel, in the country where such IPR infringement is taking place, and have such counsel send a robust, cordial yet frank letter before court action to the ex-licensor, asking:

within a short deadline (usually, no longer than 14 days).

Here, the ex-licensee has an option: either it decides to cave in and avoid a tarnished reputation by immediately complying with the terms of the ex-licensor’s letter before court action, or it may decide to act as a blowhard and ignore the requests set out in this letter. The first approach is favoured by anglo-saxon companies, while the second option is usual among French, and all other Mediterranean, ex-licensees.

If the dispute may be resolved out-of-court, a settlement agreement will be drafted, negotiated and finalised, by the lawyers advising the ex-licensor and the ex-licensee, which will provide for the restitution of a very clearly defined sum of money, representing the sales generated by the ex-licensee during the period in which it overran the use of the litigious IPR.

If the dispute cannot be resolved out-of-court, then the ex-licensor will have no other option left than to lodge a lawsuit for IPR infringement against the ex-licensee, which – provided the former has strong evidence of such breach of licensing agreement – it will won.

Once the slate is clean again, i.e. after the ex-licensee has paid damages or restituted sums to the ex-licensor with respect to its use of the IPR after the termination date of the first license agreement, then ex-licensor and the ex-licensee may decide to resume doing business together. Here, I strongly advise that the parties draft a transparent, clear and straightforward new license agreement, which clearly sets out the termination date of this new future license, and foreseeable consequences in case the future licensee keeps on using the IPR beyond the end of such termination date. Using the services of either in-house lawyer or external counsel is very much advisable, in this instance, in order to avoid a repeat of the messy and damaging business situation which occured in the first place, between the licensor and the licensee.