On 8 September 2020, the Court of Justice of the European Union (‟CJEU”) handed down a judgment which may have a groundbreaking effect on how European Union (‟EU”) collecting societies for music copyright, as well as EU music neighbouring rights collecting societies, distribute royalties collected on sound recording performance rights. This has stirred up controversy, with EU music performers, songwriters, composers, publishers and session musicians, crying foul, lamenting their future loss of income, as a direct consequence of this judgment. What happened exactly? Why are these EU music stakeholders up in arms? Is their reaction appropriate, in view of how royalties collected on sound recording performance rights are distributed, by non-EU collecting societies? 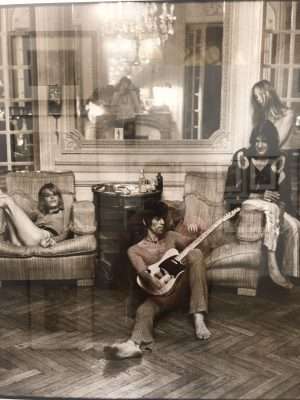 1. The CJEU judgment places ‟fairness” above the principle of reciprocity

The dispute debated about, in the CJEU judgment dated 8 September 2020 (the ‟Judgment”), revolves around monies collected by the Irish neighbouring rights’ collecting society, Phonographic Performance Ireland (‟PPI”) and whether such monies are and, if not, should be, distributed back to all performers, including performers who are nationals in, or residents of, states located outside the EU (‟Third states”).

Indeed, PPI’s practice is that performers who are residents of, or nationals in, Third states, and whose performances come from sound recordings carried out in Third states, are not entitled to receive a share of the fees that become payable when those performances are played in Ireland. According to PPI, this regime is perfectly compliant with the provisions set out in Directive 2006/115/EC of the European Parliament and the council of 12 December 2006 on rental right and lending right and on certain rights related to copyright in the field of intellectual property (‟Directive 2006/115”) and the international agreements to which Directive 2006/115 refers, such as the International Convention for the Protection of Performers, Producers of Phonograms and Broadcasting Organisations concluded in Rome on 26 October 1961 (the ‟Rome convention”) and the WIPO performances and phonograms treaty (‟WPPT”) signed in 1996.

According to PPI, to pay those performers from Third states for the use in Ireland of phonograms to which they have contributed, would fail to have regard to the approach of international reciprocity legitimately adopted by Ireland. In particular, if PPI was to pay those performers a share of the above-mentioned fees, performers from the United States of America (‟USA”) would be paid in Ireland even though that Third state grants Irish performers the right to equitable remuneration only to a very limited extent.

In the Judgment, the High Court of Ireland, which had decided to stay the proceedings between the parties in order to ask for a referral to the CJEU, asked the latter to answer four questions. Only the fourth question is relevant to the topic of this article, as follows:

This wording is fuzzy at best, so here is the key legal question asked by the Irish High Court, in plain English: is it compliant with the provisions of Directive 2006/115, the Rome convention and the WPPT for a EU neighbouring rights collecting society to refrain from paying any share of the fees that became payable, when performances coming from sound recordings carried out in Third states, by performers who are residents or nationals of Thirds states, are played in the EU?

2. Why do EU performers and collecting societies lost their cool, when made aware of the Judgment?

Across Continental Europe and Latin America, there is a long-established practice for collecting management societies (i.e. music copyright collecting societies and neighbouring rights societies) (‟CMOs”) to deduct amounts, from the monies they collect from the use of music, with an intention to spend those deducted sums on social and cultural purposes, such as aid.

And where do these EU collecting societies derive the main of their income for ‟aid” and other ‟cultural” and ‟social” purposes from, mainly? Well, from the undistributed share of the fees on EU performances coming from sound recordings carried out in the USA, by performers who are residents or nationals of the USA, of course!

So, for example, French performers’ neighbouring rights society ADAMI, expects that, as a direct consequence of the Judgment, its ‟aid” budgets are going to decrease by 35 percent, with annual ‟losses” valued between Euros12 million and Euros15 million, while French non-featured musicians and vocalists’ neighbouring rights society SPEDIDAM has publicly announced a decrease of 30 percent of its ‟aid” budgets, with a freeze on all allocated grants to boot. According to Irma, between Euros25 million to Euros30 million of ‟aids” and ‟grants” are directly threatened this year, in France.

As set out in La Lettre du Musicien, ‟it is the whole ecosystem of the (EU) creation that has been struck, which is the last straw for a sector which already had to contend with an almost total alt to its activities (due to the lockdown caused by the COVID 19 pandemic)”.

The bill could be even more difficult to foot, EU CMOs say, if the Judgment was deemed to have a retroactive effect, which may imply that payments in arrears could be in the region of Euros140 million.

However, the Judgment is in line with the European Commission’s work to promote the EU’s digital economy, which is aligned with the Anglo-American approach to collecting music royalties (i.e. promoting the author’s creativity, through his/her copyright and neighbouring rights, for the benefit of the public, therefore, in more economic terms).

Indeed, the Directive 2014/26/EU on collective rights management and multi-territorial licensing of rights in musical works for online uses (the ‟Directive 2014/26”) was adopted in order to reign in EU CMOs, and impose more rigour and transparency, as well as enhanced accountability and intra-EU competition, in a shambolic and deeply flawed EU-based CMOs landscape.

As far as deductions for social, cultural or educational purposes are concerned, the Directive 2014/26 sets out that:

The problem is that, in pragmatic terms, many EU CMOs, in particular those from Continental Europe, fail to comply with national laws which transposed the Directive 2014/26, in this respect. Multiple EU CMOs completely ignore requests, made by either rightowners or other CMOs, to no longer deduct any amounts for social or cultural purposes, from the amounts due to the rightowners or other CMOs (the latter being a party to a representation agreement with the EU CMOs).

Anyway, by 10 April 2021, the European Commission will have to release a report assessing how the provisions of the Directive 2014/26 have been applied by EU member-states and EU CMOs, which will then be submitted to the European Parliament and European Council. That report shall include an assessment of the impact of the Directive 2014/26 on the development of cross-border services and on the relations between CMOs and users and on the operation in the EU of CMOs established outside the EU, and, if necessary, on the need for a review. The European Commission’s report shall be accompanied, if appropriate, by a legislative proposal.

Therefore, I bet that the European Commission will mention, in its upcoming 2021 report, the fact that EU legislation needs to be clarified, so that EU CMOs must pay performers from Third states, their share on EU performances coming from sound recordings carried out in Third states, by performers who are residents or nationals of the Third states, in compliance with the Judgment.

3. What’s going to happen now, in the USA, knowing that EU CMOs must pay royalties collected on sound recording performance rights to US performers, from now on?

Of course, the US recording industry had become increasingly vocal about the EU payment limitations debated in the Judgment in recent years, especially since neighbouring rights have become such a critical portion of music stakeholders’ total annual revenues.

SoundExchange, the US organisation responsible for distributing royalties collected on sound recording performance rights, was leading the charge, arguing that it is unfair and an incorrect interpretation of global copyright and neighbouring rights treaties.

Once the Judgment was handed down, SoundExchange exulted, releasing a statement praising ‟equal treatment” for creators, and setting out that the unfair treatment in question ‟denies US music creators an estimated USD330 million in direct global royalty payments a year”.

Yes, well, ‟equal treatment” my foot! SoundExchange conveniently avoids dealing with the elephant in the room, which is that the USA must now immediately change its obsolete collecting management system, by widening the pool of sound recording performance collections to US monetary sources such as broadcast radio, terrestrial radio, bars, restaurants and other US public places.

If the USA does not start reciprocating, by paying all sound recording performance royalties to EU performers, derived from all acceptable income sources, including broadcast radio, terrestrial radio, bars, restaurants and other US public places, I guarantee that a USA-EU cultural trade war is going to spring out, sharpish.

EU CMOs must lobby hard and join forces, with US music stakeholders who have everything to win, in widening the pool of sound recording performance rights from which royalties are collected in the USA. US performers and artists will be of course on board, but they do not have much gravitas, all by themselves. SoundExchange seems like the best ally to EU CMOs, in this battle, but I am under the impression that SoundExchange does not want to rock the boat, what with US telecommunication behemoths and streaming and other tech companies to contend with, and a SoundExchange board of directors rife with top brass and lawyers on the payroll of these various US media and tech conglomerates.