Researching on the evolution of the role of European collective rights management societies makes interesting reading, especially now when such role is challenged on a daily basis by authors, European regulators and courts, as well as commercial users.[hr] 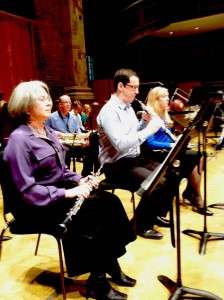 Sadly, I am under the impression that European collective rights management societies still have not quite grasped that the times are changing, remaining in a “wait-and-see” attitude while ruminating and rambling about the good old times when they enjoyed a territorial monopoly and virtually no regulatory or external control whatsoever.

1. Firstly, what do collective rights management societies do?

To understand the role of collective rights management societies, we first need to talk about performing rights.

Performing rights represent the greatest source of continuing royalty income. Throughout the world, writers and publishers receive in the area of USD6 billion in royalties each year, from performance rights.

The performing right is a right of copyright which applies to the payment of licence fees by music users, when those users perform the copyrighted musical compositions of writers and publishers. This right recognises that a writer’s creation is a property right and that its use requires permission as well as compensation.

For example, performances can be songs heard on the radio, underscores in a television series or music performed live or on tape at a show, an amusement park, a sporting event, a major concert venue, a jazz club or a symphonic concert hall. Performances can be music on hold on a telephone or music channels on an airplane.

In short, in most situations where music is played (with the exception of the home), a commercial user is paying a license fee, a collective rights management society is collecting those fees, and writers and publishers are being paid royalties for the performances of their copyrighted works.

Considering that performance royalties continue well beyond the lives of many writers (life of the author plus 70 years in many cases), the role of collective rights management societies is crucial as they (pointedly!) collect such royalties on behalf of authors and publishers.

2. So, what’s the story? How are collective rights management societies supposed to play their role?

I understand that the concept of collecting a performing right was invented by composer Ernest Bourget in Paris, in 1847, when he succeeded in having payment made for his work which was being played in the leading cafè-concert at the time, Les Ambassadeurs. The French courts recognised these rights as legitimate and, in 1850, the provisional union of authors, composers and publishers of music was thus established.

Following the lead of the French, the Italian Società italiana degli autori ed editori (SIAE) was incorporated in 1882, while the British performing right society (PRS) and the American Society of composers, authors and publishers (ASCAP) were both founded in 1914 as non-profit organisations by writers (composers and lyricists) and music publishers.

Most countries in the world have only one collective rights management society but the United States have decided to have three organisations, in order to avoid monopolistic and anti-competitive behaviour. Therefore, ASCAP competes with Broadcast Music, Inc. (BMI) and SESAC, with 96% of the license fees in performance rights being generated either by ASCAP or BMI.

For many years, collective rights management societies had a quiet life, apart in the US where ASCAP, BMI and SESAC fiercely compete with each other, in order to get the best catalogues and music hits in their respective roster.

While collective rights management societies are supposed to collect and distribute the performance royalties with efficiency, transparency, integrity and within a reasonable timeframe, I understand that quite a few European collective rights management societies are facing serious performance issues, compounded by a highly protective attitude, towards other European societies,  and an inability to cope with the changes in the way music is getting increasingly distributed online, on the internet.

3. How European institutions are remodelling the role of European collective rights management societies

The situation became so concerning to some that the broadcasting group RTL and the UK online music provider Music Choice Europe, which both sought to obtain multi-territorial licences for public performance rights for musical works but were denied such a possibility by European collecting societies, lodged a complaint with the European Commission.

On 16 July 2008, the European Commission adopted a decision (called “the CISAC decision“) prohibiting 24 European collecting societies from restricting competition as regards to the conditions for the management and licensing of authors’ public performance rights for musical works. The collecting societies were found to have restricted the services they offer to authors and commercial users outside their domestic territory.

The Commission took the view that a series of measures, including membership and territorial restrictions incorporated in the reciprocal representation agreements concluded between the European collecting societies constituted infringements of article 81 of the EC Treaty and article 53 of the EEA agreement.

The Commission found that these anti-competitive practices could not benefit from the exemption under article 81(3) of the EC Treaty and article 53(3) of the EEA agreement, which provide that the decision, agreement or practice in question must contribute to improving the production or distribution of products or to promoting technical or economic progress.

Upon proposals submitted by the parties in March 2007, the Commission considered a commitment procedure under article 9 of Regulation 1/2003. 18 collecting societies offered to remove the offending membership and exclusivity clauses from the reciprocal representation agreements concluded with each other. However, given the exceptions and conditions listed in the proposed commitments, nearly no commercial users would have been eligible to obtain a multi-territorial and multi-repertory licence. It was therefore concluded that the package of commitments, made by some collecting societies, was not enough to introduce sufficient competition on the market.

The implementation of the Commission’s decision has had a positive impact on the market in several aspects. First, the decision makes it easier for authors to select which collecting society(ies) will manage their public performance rights. For example, an Italian author will be able to license his rights to any collecting society, including PRS of the United Kingdom or SACEM of France, and may decide not to license to the Italian SIAE.

Secondly, the decision called up collecting societies to bring immediately to an end the infringements concerning the membership and exclusivity clauses contained in the representation agreements and to cease the concerted practice within 120 days.

By removing restrictions in the system of bilateral representation agreements between collecting societies, the decision encouraged these societies to bring their business practices up to speed with the borderless nature of satellite, cable and internet exploitation.

On 12 April 2013, Europe’s General Court, its second highest, upheld the 2008 decision by the European Commission, confirming that European collective rights management societies must now allow artists to sign up to a society of their choice and make multi-country licences available to the likes of Amazon and Apple.

3.2. The proposal for a directive on collective management of copyright and related rights and multi-territorial licensing of rights in musical works for online uses in the internal market

The European Commission decision was deemed to not be enough, in order to force European collective rights management societies to make the necessary changes to open themselves up to the market.

The European institutions stepped up their game and, on 11 July 2012, the European Commission adopted a proposal for a directive on collective rights management and multi-territorial licensing of rights in musical works for online uses. This proposal aimed at ensuring that right holders (authors and publishers) have a say in the management of their rights and envisaged better functioning collecting societies as a result of the set standards all over Europe. The proposed directive will also ease the licensing of authors’ rights for the use of music on the internet. This should lead to improved access to and more offer of music online, in particular streaming.

On 9 July 2013, the Legal affairs committee (JURI) voted unanimously on a report amending the proposed collective rights management directive, in particular on the transparency of the collective management organisations. The list of data that has to be made public was significantly extended, including the repertories and rights managed, standard licensing contracts and applicable tariffs, a list of representation agreements and any information on works for which one or more right holders have not been identified. This report also removes all the provisions relating to sanctions that can be taken against non-complying collecting societies, enticing some critics to lament the fact that the proposed directive has become “toothless”.

I understand that the European Parliament plenary is expected to take a final vote in November 2013.

Addendum: Since I wrote this article in August 2013, the European Union has adopted a Directive 2014/26/EU on collective rights management and multi-territorial licensing of rights in musical works for online uses. The Directive aims at ensuring that rightholders have a say in the management of their rights and envisages a better functioning of collective management organisations as a result of EU-wide standards. The new rules will also ease the multi-territorial licensing by collective management organisations of authors’ rights in musical works for online use. The Commission will work closely with the Member States to achieve a correct transposition of the provisions of the Directive into national law by the transposition date of 10 April 2016.

Already, private companies such as Soundreef are taking advantage of the tensions arising out of European collective societies’ inertia and denial, by offering commercial users and authors (lyricists and composers) deals tailored to their respective needs, promising to deliver high quality and original repertories of songs, either through web streaming or a mediabox, at affordable prices to end-users, while ensuring authors and publishers payment of royalties within a minimum timeframe and in a transparent manner.