London media and entertainment law firm Crefovi, hot on the heels of becoming an arbitrator on the arbitration panel of the Independent Film & Television Alliance (IFTA), will network, do deals and mingle at the 2017 Berlinale and European Film Market. 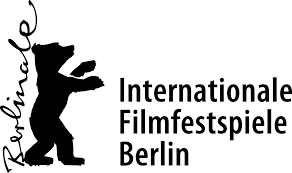 London media and entertainment law firm Crefovi is taking an increasingly targeted approach to developing and strengthening its films and motion pictures practice. Further to a scouting trip to Los Angeles in January 2015, to joining the Beverly Hills Bar Association in March 2015, to attending the Cannes Film Festival 3 years in a row, London media and entertainment law firm Crefovi has received its professional accreditation to attend the Berlinale and European Film Market (‟EFM”) from 13 to 19 February 2017. The expertise of Crefovi in advising clients on motion picture and films matters, such as film finance, production agreements and day-to-day management of the legal aspects of a film production, has also taken a new turn earlier this year when it became admitted to the panel of arbitrators of the Independent Film & Television Alliance (‟IFTA”) in Los Angeles, California. London media and entertainment law firm Crefovi offers both contentious and non-contentious legal advice with respect to motion picture and film deals.

We will be there!

Its presence at the Berlinale and European Film Market is paramount, in order to catch up with Crefovi clients, network with prospects, other professionals working for the film industry and the organisers of the festival. Indeed, the European Film Market and Berlinale are among the most prestigious annual motion pictures and films tradeshows in the world. They have remained faithful to their founding purpose: to draw attention to and raise the profile of films with the aim of contributing towards the development of cinema, boosting the film industry worldwide and celebrating cinema at an international level. Many top talent, management and professionals from the film industry congregate in Berlin, every year, to talk shop and have fun.

Crefovi off to European Film Market and 2017 Berlinale

Annabelle Gauberti, founding partner of Crefovi, will be attending the Berlinale and European Film Market and their events. We have long seen the European Film Market and Berlinale as one of the key international events in the film industry calendar so it’s a real privilege to be accredited to attend this. As well as talks, discussions, workshops and amble networking opportunities at the Film Market, the Berlinale also has an interesting line up of features films and short films to showcase. With a diverse mix of genres we are particularly looking forward to discovering Django, with Reda Kateb and Cecile de France, and Richard Gere and Steve Coogan in The Dinner. If this all sounds like too good an opportunity to miss, you can book your accreditation and see the full official selection of the Berlinale, on the European Film Market website. One of the USPs of the Berlinale and European Film Market events is the focus on creating a real dialogue between attendees and speakers, so if you happen to attend the discussion Annabelle is participating in please don’t hesitate to ask her a question! You can also catch her afterwards if you have anything specific you would like to discuss. See you there!