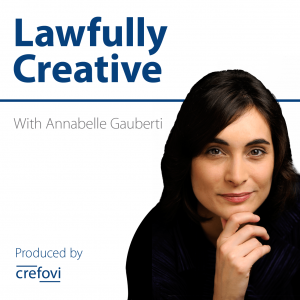 The podcast ‟Lawfully Creative” is a series of intimate and honest conversations hosted by Annabelle Gauberti, the founding and managing partner of London and Paris-based law firm Crefovi, which focuses on advising the creative industries. Annabelle talks with artists, policy makers and professionals in the creative industries – to hear their stories, what inspires their creations, what decisions changed their careers, and what relationships influenced their work. Produced by Crefovi.

Episode n. 4: Phil Turner on how to cut it in the film industry in the 21st century 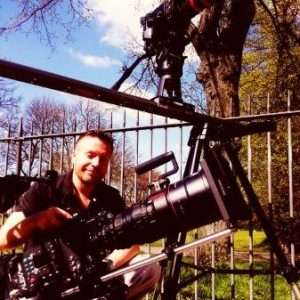 Phil Turner tells us how to find your place and the spotlight, in the film industry in the 21st century.

26 April 2017 – The seasoned movie professional talks about his twenty years’ span in the movie business, from military gigs to tribal work, with Annabelle Gauberti at the Hospital Club in London. What does it take, to become a successful film director in the 21st century? How do you get some traction with your projects, and garner clout and respect from film producers and end-clients?

Please do leave a review and rating about the podcast ‟Lawfully Creative”, to encourage others to discover our curated content.

Clients praise Crefovi’s lawyers for their responsiveness & ability to understand the technical, business and legal aspects of each commercial transaction and come back, deal after deal, to be advised by them.

While London and Paris based, we routinely work across borders. The vast majority of our engagements are multi-jurisdictional. We are used to working in multinational teams, and rely on our network of specialist lawyers for support in other jurisdictions.

The team has therefore established an extensive international network of creative industries’ contacts and a close association with other specialist lawyers worldwide. Our history of successes in high profile, politically sensitive matters reflects an ability to act swiftly and with the utmost discretion.

Indeed, Crefovi’s lawyers are very well connected in the world of the creative industries, attending, and participating to discussion panels at, on a regular basis, each session of the professional trade shows such as CES, Web Summit, DLD & Slush, Midem, as well as the Cannes film festival and EFM and the Berlinale.