Annabelle Gauberti, founding partner of Crefovi, is featured in the upcoming documentary, written, directed and produced by Crefovi client Marco Proserpio, “The man who stole Banksy”.  The documentary will premiere at the Tribeca Film Festival from 20 to 26 April 2018.   THE MAN WHO STOLE BANKSY – Trailer from Marco Proserpio. Synopsis: In 2007, END_OF_DOCUMENT_TOKEN_TO_BE_REPLACED 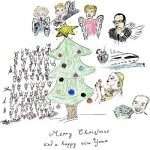 Annabelle Gauberti, founding partner of London law firm Crefovi, delivers her Crefovi Christmas newsletter and wishes, as well as what to look out for in 2017. 2016 was a tough year for the creative industries: a lot of music performers bid their farewell to the world and I really do hope that they are now in END_OF_DOCUMENT_TOKEN_TO_BE_REPLACED

Crefovi strikes back with presentation on how to make your fashion brand lawfully omnichannel at Pure trade show on 26 July 2016, attended by trade show goers and press.   Annabelle Gauberti, founding partner of London fashion law firm Crefovi, presented a talk on the legal stuff to think about, when a fashion business wants END_OF_DOCUMENT_TOKEN_TO_BE_REPLACED 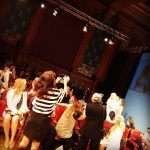 On 10 March 2016, Annabelle Gauberti, founding partner of London law firm for the creative industries Crefovi, will organise and present a day course on “Luxury & intellectual property” in Paris, at the prestigious French research institute in intellectual property IRPI. The objectives of this training day will focus around: – Assessing the economic and END_OF_DOCUMENT_TOKEN_TO_BE_REPLACED