Crefovi’s founding and managing partner, Annabelle Gauberti, attended, by way of her MacBookPro, the EFM online 2021 session from 1 to 5 March 2021. What are Crefovi’s key takeaways from the first European film festival and market of the year? Was this online session a success, managing to link buyers and sellers, as well as their respective service providers, together? 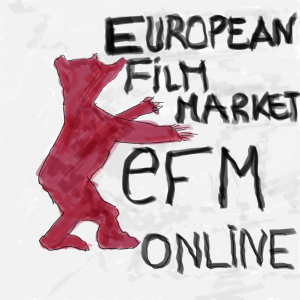 As part of its push towards shaping Europe’s digital future, in the digital single market, the European Union (‟EU”) adopted the Audiovisual Media Services Directive (‟AVMSD”) in November 2018.

This directive had to be transposed by September 2020 into national legislation in the 27 EU member-states. Yet, since only Denmark, Hungary, the Netherlands and Sweden notified transposition measures to the EU, the EU Commission sent formal notices to all the other 23 EU member-states, requesting them to provide further information, in November 2020.

Be that as it may, the AVMSD is already impacting the buying strategy of distributors and other streaming companies (called ‟streamers” during the EFM online 2021 session).

Indeed, the AVMSD governs EU-wide coordination of national legislation on all audiovisual media, both traditional TV broadcasts and on-demand services.

Since one of the goals of this EU coordination, via the AVMSD, is to preserve cultural diversity, each EU member-state is currently figuring out how best to transpose into national law the new obligation, for video on-demand services (which include streamers), to ensure at least a 30 percent share of European content in their catalogues, and to give prominence to such European content. The provisions of the AVMSD also allow, under certain conditions, EU member-states to impose on media service providers that are established in other member-states, obligations to contribute financially to the production of European works. The new obligations do not apply to media service providers with a low turnover or a low audience, in order not to undermine market development and inhibit the entry of new market players.

So, of course, the likes of Netflix, Amazon Prime, Disney+ are opening their large purses freely, in order to catch the best European titles, and therefore meet the 30 percent share of European works, which is a ‟sine qua non” condition for them to keep on, or start (in the case of Disney+, Hulu, HBO Max), offering their video on-demand services to EU consumers.

There is another reason why current new film content has not met the high demand (for European titles and other international works) in the supply chain. Well, you guessed it, the COVID 19 pandemic is the cause, of course.

Due to health and safety issues, the logistics of going into the film production stage have, for a while, seemed unsurmountable. Almost all film productions shut down, during the first European lockdown in February to June 2020. Then, everybody took a hold of themselves and went back to work, putting in place extremely stringent health and safety precautionary measures, pre, during and post production, such as:

Major talents and film producers would have none of the nonsense that COVID deniers would throw their way, with Tom Cruise going on record for his outburst towards UK film crew members who were flouting social distancing guidelines, on the Leavesden set of the 7th instalment of his ‟Mission: impossible” franchise, in December 2020.

The panel for EFM online 2021 session, from the British film commission, provides vivid description of how UK film producers and their staff had to adapt, at very short notice, when the pandemic hit in 2020, and how they are regularly reviewing and improving their health and logistics protocols, in order to ensure that they are compliant with the latest health news and information about the virus.

Also, the cost of insurance went through the roof, for most film productions around the world, making it impossible for many a project to move onto production stage. This disproportionately impacted independent filmmakers, to the point that governments stepped in, such as the UK government issuing a ‟Film & TV production restart scheme” for UK film and TV productions struggling to get insurance for Covid-related costs.

Of course, at the end of the film supply chain, a major change occurred, thanks to the pandemic: the tyranny, imposed by major film studios and European governments, consisting in forbidding ‟day-and-date” release (i.e. a simultaneous release of a film on multiple platforms – most commonly theatrical and on-demand videos services), dissolved. Cinemas have been closed for a while, now, since March 2020, on-and-off, due to the pandemic-induced lockdown. Therefore, there is a change of paradigm, for film producers and directors, from asking themselves ‟Should we go for a day-and-date release?”, to ‟On which video on-demand service and/or streamer, my film will shine most?”.

Indeed, die-hard fans of the theatrical window have started to yield, such as film major Universal pictures which released big films on streamers from March 2020 onwards.

Other major studios have preferred to hold back releasing many big titles indefinitely, such as Wes Anderson’s ‟The French dispatch”, much to the chagrin of end-consumers and fans.

EFM online 2021: filling the gap for more top-quality content with VFX hacks such as virtual production

One of the major takeaways from the EFM online 2021 is that, due to this huge demand for content, film professionals need to produce more, faster, at an affordable cost, and in very high production value.

This is where virtual production is coming, to deliver this faster, smoother and enhanced quality.

From the moment where the initial upfront cost and investment of acquiring top virtual production tools and material have been incurred, it is a no-brainer: virtual production specialists laude the cost and time savings, as well as agility, induced by this new technology, predicting that every filmmaker will irresistibly move to virtual production in the near future.

So what is virtual production? Virtual production is the use and incorporation of visual effects (‟VFX”) and technology throughout the production life cycle. While this process is not entirely new, the film industry is now paying much attention to virtual production, because it enhances production planning, increases shooting efficiency and reduces the number of expensive reshoots. Through visualisation, motion capture, hybrid camera, and LED live-action, the virtual production techniques that belong to the toolset of modern content creation are perfectly adapted to a COVID 19-era of film production.

Potentially, virtual production would allow actors, and crew members, to shoot and work from multiple locations, in a safe environment where they have set up their respective COVID-19 health and safety protocols and bubble.

The challenge now is for film professionals to jump on the bandwagon and swiftly obtain appropriate training on virtual production and other VFX tools and technologies, so that they can hit the ground running and offer their new much-needed skills to French and UK film productions.

To conclude, while I would have liked all presentations and virtual events to be accessible to all participants, during the EFM online 2021 (festival organisers cannot pretend that the room has a limited number of seats, anymore, right?), I deeply enjoyed the virtual attendance of this film market and festival, getting a lot out of it, from catching up on the latest trends to catching up with our film clients and prospects via Cinando and the online EFM platform. We will be back!

Thought leadership Loan-out companies and loan-out agreements: how to use them in the new IR35 landscape, in the UK? - 29-11-2021 Songwriting credits: is the current music copyright framework forcing artists to hand them out, to avoid full-blown litigation? - 01-11-2021 How to sell your US fashion products in Europe, at high margins? - 28-08-2021
Mailing list

Stay informed
Thought leadership Loan-out companies and loan-out agreements: how to use them in the new IR35 landscape, in the UK? - 29-11-2021 Songwriting credits: is the current music copyright framework forcing artists to hand them out, to avoid full-blown litigation? - 01-11-2021 How to sell your US fashion products in Europe, at high margins? - 28-08-2021
Podcast Lawfully Creative
Lawfully Creative podcast from Crefovi - How to bring your business in compliance with GDPR - March 2018
Masterclass
Crefovi masterclass on music licensing litigation & sounds-a-like @MIDEM - June 2015
Mailing list