There is much room for improvement in securing art sales and transactions, and arbitration can do a lot to make this change happen. What is the state of play? What improvements do art buyers want to see in the future, to adequately resolve art disputes? 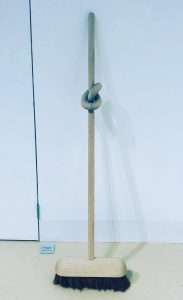 As an art lawyer practising in the art law field since 2012, I have drawn the following observations from my experience in art and arbitration:

Consequently, a better option than litigation is needed in the art sector, such as arbitration. However, there is a lack of effective arbitration services offered to stakeholders operating in this industry. What can be done about it, to increase the trustworthiness of this opaque yet dynamic market?

1. What users want to see in the art world, as far as alternative dispute resolution is concerned

Having advised many buyers of art works and artefacts, I witnessed their deep annoyance at the lack of proper, often any, terms and conditions of sale (‟T&Cs”), provided by dealers, when they made art purchases. While this unlawful practice is reprehensible in itself, in particular for sales made outside the dealers’ premises (such as at art fairs or online via ecommerce), it becomes a major problem when a dispute arises out of a sale. However, such occurrence of a ‟deal gone wrong” happens on a regular basis in art sale transactions, because of provenance claims, hidden defects issues, lack of resemblance between the description of an art work set out in an auctioneer’s catalogue and the real artwork released to the buyer on delivery, or complete destruction of the art work during storage and/or transport to its new owner. If there are no T&Cs, or if they are badly drafted or incomplete, buyers cannot rely on them to find a way out of the dispute. Moreover, most arbitration bodies can only be instructed by the parties involved in an art sale, if an appropriate arbitration clause had firstly been set out in the T&Cs. Therefore, buyers want dealers and auction houses to provide clear, well-drafted and exhaustive T&Cs, at the time of sale, which set out that any dispute between the parties will be settled under the rules of a clearly defined reputable art-specialised arbitration body, instead of court-led litigation.

Secondly, all good faith stakeholders in the art sector want impartial and seasoned arbitrators, with an inner knowledge of the workings of art transactions, to get involved in resolving disputes in the most time-efficient and cost-efficient manner. Hence, there is a need for reputable and established arbitration bodies in the art sector, which will support the parties in finding the right arbitrator and arbitration setup, in a systematic manner, while operating economies of scale to keep arbitration costs down.

Thirdly, and since nobody has any time to waste, the arbitral award reached by the arbitrator must be fully enforceable, in particular through the New York Convention on the Recognition and Enforcement of Foreign Arbitral Awards 1958, by the party whose obtained such award. This is especially important to art work buyers, since, while an arbitral award is final and binding on the parties, it is incapable of direct enforcement. As a result, it is necessary to reach out to the competent court of the country in which the award is to be enforced, which is usually the country where the art dealer or auction house has its assets located.

Fourthly, and this wish is especially close to the heart of art buyers, as mentioned above, such enforceable arbitral award must remain confidential, as arbitration proceedings should be too.

2. What currently exists, as far as alternative dispute resolution is concerned in the art world

The current state of play in the art world is despicable: most dealers see themselves as being above the law and do not provide any T&Cs to their customers, be it buyers or sellers. They merely send invoices out and hope for the best. If some T&Cs exist, in particular in deals brokered through auction houses, they usually set out that the courts of their jurisdiction will have exclusive competence, thereby forcing the parties into court-led litigation.

Consequently, and due to such opacity, regular art world scandals making newspapers’ headlines, and a lack of barriers to entry for dealers in the art market, many potential buyers – especially high net worth individuals – refuse to invest in this asset class and stay away. Whenever they take the plunge, they are often faced with disputes arising out of their purchases or sales, especially with dealers and auction houses.

Finally becoming aware that it is in their interest to add security to transactions being made in their industry, art dealers and auction houses are reluctantly reaching the conclusion that arbitration services are a must-have service.

The following art arbitration bodies have therefore been set up, in the last twenty years.

Internationally, the World Intellectual Property Office’s (‟WIPO”) Alternative Dispute Resolution for Art and Cultural Heritage service, located in Geneva, provides dispute resolution advice and case administration services to support parties in resolving disputes without the need for court litigation. Since WIPO does not want to disclose any information about the number of disputes being looked at, and hopefully resolved, by its body on a yearly basis, even to neutrals who are on the arbitrators’ and mediators’ panel like myself, its usefulness and relevance are a question mark.

More recently, the Court of Arbitration for Art (‟CAfA”) in the Netherlands was set up as a specialised arbitration and mediation tribunal exclusively dedicated to resolving art law disputes. Having applied to be on its arbitrators’ and mediators’ pool, I know that CAfA is not fully operational yet and it will be interesting to watch what added value it can bring, compared to WIPO’s similar services.

Aside from these two art-focused arbitration bodies, the usual suspects of the arbitration sphere may deal with an art law dispute, such as ICC Paris or London, JAMS in California, USA, l’Association française d’Arbitrage (‟AFA”) in Paris or the London Court of International Arbitration in London. However, these arbitration bodies will not have any art-sector expertise, and their arbitrators won’t have any either, therefore heavily relying on the reports and views made by “art experts” respectively appointed by the parties.

Having looked hard and wide for any precedents in art law arbitration, I came back empty-ended, not having found one mentioned in the public domain. It may well be that this is because a strong confidentiality undertaking has been imposed on all parties, and arbitrators involved. My hunch is that this is more due to the fact that arbitration is still unchartered territory, for the art sector and its stakeholders.

To conclude, and taking the standpoint of buyers of art works, the arbitration services on offer in the art sector seem to be disconnected from the market, such as WIPO’s ADR for Art and Cultural Heritage service. While CAfA may potentially be a viable alternative, it remains to be seen whether its ADR services will focus more on arbitration than on mediation, as inferred by its title. There is therefore much room for improvement, for arbitration services in the art sector. Dealers and auction houses should understand that it is in their best interest to pool together and finance adequate arbitration services for their respective clients, if they want the art market to exponentially grow and expand on the demand side.

Dealers and auction houses should also pull together and draft some template terms and conditions of sale and consignment, setting out some standard alternative dispute resolution clauses, which would become the gold standard in the art market. These streamlining and enhanced security efforts are common practice in other industries, such as the banking and finance sector which Loan Market Association and International Swaps and Derivatives Association provide plenty of standard commercial contracts, to trade in securities and capital market products within established practices.

The ball is firmly in the court of art dealers and auction houses, who will keep on shooting themselves in the foot if they ignore the call to action launched by buyers and potential clients, who do not want to bear the risk of lax habits and improvisation in their art assets’ purchases. Growing and expanding the art market will come at the cost of paying for the instauration of appropriate, systemised and impartial alternative dispute resolution services, in particular arbitration services.