With few industries performing better than the Euros185 billion luxury goods sector, a rising number of lawyers and law graduates are electing it as their business development focus. 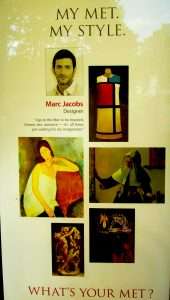 More and more law firms are adding new departments called ‟Luxury, fashion & beauty” or ‟Fashion & luxury goods” to their roster. This attracts clients working for luxury brands, who can take comfort that the lawyers in such teams are not only technically apt, but also have in depth knowledge of the luxury world. It also underpins the recognition of a need to provide legal advice tailored to the specificities of this unique sector.

The luxury industry is a difficult niche market to break into for lawyers. They therefore have to deploy their charm as well as their brains to be recognised by luxury goods companies, designers, retailers, importers, distributors, artists and auction houses as efficient trusted advisors. ‟The members of Sotheby’s in-house legal team, based in New York, London and Paris, have been selected both for their technical background (in either commercial or tax law) and their ability to add value by proactively and courteously dealing with a range of legal issues raised by either Sotheby’s business people (such as the art experts and auctioneers) or Sotheby’s high net worth clients” says Tom Christopherson, Sotheby’s European general counsel.

The concepts of ‟droit du luxe” (law of luxury goods) in France and ‟fashion law” in the US have arisen in the last decade, to name this emerging legal field. With a 50 percent increase in the global turnover of luxury goods companies in the last ten years, there is rising awareness among legal professionals that the era of luxury goods law and fashion law has started.

Helen Newman, an intellectual property partner at Oslwang, says: ‟while certain luxury goods houses used to have an unsophisticated business approach ten years ago, they can no longer afford to lag behind in terms of obtaining customised and astute legal advice on issues such as financial engineering, competition law, intellectual property rights and selective distribution”.

As an example of stiff sectoral competition, the story of how the Arnault group used the law to gain control of LVMH, the largest luxury goods company in the world, in the late 80s, is telling: after the merger between Louis Vuitton and Moët-Hennessy, the Arnault group acquired more than 93 percent of the warrants coming from the Moët-Hennessy bonds with share warrants, called “obligations avec bons de souscription d’action” in French (‟OBSA”). The Arnault group took advantage of the fact that the legal framework applying to OBSA, a new type of composite securities at the time, was still relatively unknown to French courts. Further to a fierce four years’ legal battle, which led to the refusal by French courts to declare the litigious issue of OBSA null and void, the Arnault group overpowered LVMH minority shareholders.

Legal risks lie not only inside the industry but also arise out of the heavily regulated trading framework that luxury goods companies must comply with. A decision from the Paris court of appeal, given on 26 January 2012, confirmed the existence of price-fixing agreements and anti-competitive behaviour between thirteen perfume and cosmetics producers (among which Chanel, Guerlain, Parfums Christian Dior and Yves Saint Laurent Beauté) and their three French distributors (Sephora, Nocibé France and Marionnaud). The court also upheld the judgment of the French competition authority, dated 14 March 2006, sentencing each of these luxury goods companies and distributors to fines valued at Euros40 million overall.

Since the brand and halo of luxury goods houses are their main assets, such legal wrongdoings may have a catastrophic impact on their reputation. This is a warning bell for luxury goods houses that lawyers must be involved at the very early stages of the structuring of their distribution networks, in order to avoid any further breach to competition law.

Another critical external risk that all directors of luxury goods companies are eager to protect themselves from, is the infringement of their intellectual property rights, and in particular, brand dilution and the weakening of brand image.

Lawyers are the best weapon luxury goods companies can use to fight against counterfeiting, especially now that so many counterfeited products are sold on the Internet. As Aurélie Badin-Buisson, a French intellectual property lawyer, explains, a good adviser should be able to react within the day, upon any suspicion or evidence of counterfeiting. ‟The lawyer should immediately petition the courts in order to either authorise the seizure of the counterfeited products or the search of suspicious buildings and houses, or to send injunctions to all Internet Service Providers located in the courts’ jurisdiction, so as to block nationwide access by internet users to websites which have been recognised to offer counterfeited products for sale” she says.

Lawyers are also actively supporting luxury goods companies in capitalising on the growing opportunities represented by the demand for luxury goods, in Asia, the Middle East and the ex-Soviet Union. Selective distribution allows manufacturers to choose retailers on the basis of qualitative criteria and to insure that distribution of their products will comply with conditions befitting the ‟luxury sensation” these manufacturers attribute to their products. Luxury goods are therefore mainly marketed through selective distribution, a more flexible and controllable channel than exclusive distribution or franchising.

The role of lawyers is critical in representing the legal interests of luxury goods suppliers during the negotiation and enforcement of such selective distribution agreements, notably to ensure that the management of prestige and rarity, two essential characteristics of luxury goods, is adequately performed. Lawyers are not only useful for contentious and non-contentious matters, but are developing themselves into spokespersons representing the interests of luxury brands. Ms Ponsolle des Portes, president and CEO of the ‟Comité Colbert”, a French club of 75 luxury goods brands, confirms that many general counsels, who work in-house for the members of the ‟Comité Colbert”, also seat on the board of the working commission called ‟Public affairs” of the ‟Comité”, in order to take action to better represent the interests of a luxury goods industry facing an increasingly stringent regulatory framework. ‟Two task forces have been set up by this working commission as well as private practice lawyers who regularly advise the Comité’s members, to analyse and provide comments back to the European Commission on draft European regulations relating to selective distribution and customs” she says.

Lawyers also play a role as educators of top graduates, for example by providing pro bono legal advice and seminars to fashion, design and art students of the Royal College of Art and Central St Martins College of Art & Design in London and luxury goods law courses to students completing MBAs in international luxury brand management and marketing at ESSEC and the ‟Institut Supérieur de Marketing de Luxe” in Paris.

The ‟fashion law” movement is becoming so meaningful in the US that a Fashion Law Institute was created with the support and advice of the Council of Fashion Designers of America and its president Diane Von Furstenberg. ‟The academic discipline covers the legal issues that may arise throughout the life of a garment, from its original design and related intellectual property law through questions of business and finance to international trade and government regulation, including sustainability and ‟green” fashion” says Professor Susan Scafidi of Fordham University School of Law, the Institute’s academic director.

The future is bright for lawyers who are well connected within the creative and luxury industries: nice work if you can get it!