With few industries performing better than the Euros185 billion (GBP148 billion) luxury goods sector, a rising number of lawyers and law graduates are electing it as their business development focus. London fashion law firm Crefovi publishes proprietary research on the law of luxury goods and fashion, in Legal Week. 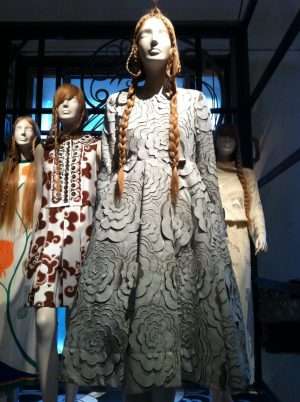 The luxury industry is a difficult niche market to break into for lawyers. They have to deploy their charm as well as their brains to be recognised by luxury goods companies, designers, retailers, importers, distributors, artists and auction houses as efficient trusted advisors.

The concepts of ‟droit du luxe” (law of luxury goods) in France and ‟fashion law” in the US have been created in the last decade. With a 50 percent increase in the global turnover of luxury goods companies in the last ten years, there is rising awareness among legal professionals that the era of luxury law and fashion law has started.

As an example of this sectorial competition, the story of how the Arnault group used the law to gain control of LVMH, the largest luxury goods company in the world, in the late 80s, is telling: after the merger between Louis Vuitton and Moët-Hennessy, the Arnault group acquired more than 93 percent of the share warrants coming from the Moët-Hennessy bonds with share warrants (‟obligations avec bons de souscription d’action” in French, or ‟OBSA”). The Arnault group took advantage of the fact that the legal framework applying to OBSA, a new type of composite securities at the time, was still relatively unknown to French courts. Further to a fierce four years’ legal battle, which led to the refusal by French courts to declare the litigious issue of OBSA null and void, the Arnault group overpowered LVMH minority shareholders.

Legal risks lie not only inside the industry but also arise out of the heavily regulated trading framework which luxury goods companies must comply with. A decision from the Paris Court of Appeal, handed down on 26 January 2012, confirmed the existence of price-fixing agreements and anti-competitive behaviour between thirteen perfume and cosmetics producers (among which Chanel, Guerlain, Parfums Christian Dior and Yves Saint Laurent Beaute) and their three French distributors (Sephora, Nocibe France and Marionnaud). The court also upheld the judgment of the French competition authority, dated 14 March 2006, sentencing each of these luxury goods companies and distributors to fines valued at Euros40 million (GBP32 million) overall. Since the brand and halo of luxury goods houses are their main assets, such legal wrongdoings may have a catastrophic impact on their reputation. This is a warning bell for luxury goods houses that lawyers must be involved at the very early stages of the structuring of their distribution networks, in order to avoid any further breach to competition law.

Another critical external risk that all directors of luxury goods companies are eager to protect themselves from is the infringement of their intellectual property rights, and in particular, brand dilution and the weakening of brand image. Lawyers are the best weapon luxury goods companies can use to fight against counterfeiting, especially now that so many counterfeited products are sold on the Internet.

Lawyers are also actively supporting luxury goods companies in capitalising on the growing opportunities represented by the demand for luxury goods, in Asia, the Middle East and the ex Soviet Union. Selective distribution allows manufacturers to choose retailers on the basis of qualitative criteria and to ensure that distribution of their products will comply with conditions befitting the ‟luxury sensation” these manufacturers attribute to their products. Luxury goods are therefore mainly marketed through selective distribution, a more flexible and controllable channel than exclusive distribution or franchising. The role of lawyers is critical in representing the legal interests of luxury goods suppliers during the negotiation and enforcement of such selective distribution agreements, notably to ensure that the management of prestige and rarity, two essential characteristics of luxury goods, is adequately performed.

Lawyers are not only useful for contentious and non-contentious matters, but are developing themselves into spokespersons representing the interests of luxury brands.

The fashion law movement is becoming so meaningful in the US that a Fashion Law Institute was created with the support and advice of the Council of Fashion Designers of America and its president Diane Von Furstenberg. ‟The academic discipline covers the legal issues that may arise throughout the life of a garment, from its original design and related intellectual property law through questions of business and finance to international trade and government regulation, including sustainability and ‟green” fashion” says Professor Susan Scafidi of Fordham University School of Law, the Institute’s academic director.

The future is bright for lawyers who are well connected within the creative and luxury industries: nice work if you can get it.