As a talented songwriter, have you ever been tempted to make some musical adaptations of French songs, currently playing on a local radio in an exotic place? 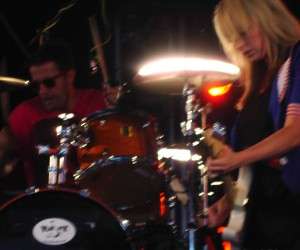 1. Differences between musical adaptations of French songs, arrangements and sampling

For the sake of clarity, musical adaptations relate to the lyrics and text of a song (i.e. a literary adaptation), while an arrangement relates to changes made to the score, rhythms and music. ‟Is deemed to be an arrangement the transformation of a musical work, with or without lyrics, thanks to the addition of a musical contribution which is an intellectual creation” according to the statutes of French collecting rights society, SACEM [1]. For example, one the most adapted, and translated, songs is ‟Comme d’habitude”, written and composed by French pop star Claude François, which became mega hit ‟My way” in English.

An adaptation and an arrangement must be differentiated from sampling, which, in music, is the act of taking a portion, or sample, of one sound recording and reusing it as an instrument or a sound recording in a different song or piece. For example, sampling is the technique that brought Barry White’s groove ‟It’s ecstasy when you lay down next to me” to the top of the charts as part of ‟Rock DJ” by Robbie Williams [2].

2. Sorting out the legal stuff prior to creating the derivative musical work

Coming back to musical adaptations and arrangements, I suggest that, before you launch yourself into hours and days of work, translating and then adapting the lyrics of a foreign song, and arranging a great musical part for your new adaptation, you get all the legal basis covered first.

By that, I mean that you have to reach out to all the beneficiaries of the rights on the song that you want to adapt and arrange (i.e. the primary song) and obtain their written prior consent to the creation of a derivative work, i.e. the adaptation and arrangement of the primary work.

Obtaining clearance from all the rights’ beneficiaries of the primary song, to the use of this song for the creation of new musical adaptations and arrangements, can be a lengthy process, sometimes even an impossible task. While disagreements on the type of creative adaptations may occur, one of the main hurdles that you will probably be going through, during the negotiations with the original songwriter and his publisher, will revolve around the split of rights, on the derivative work.

3. Split of rights and other legal headaches

Indeed, pursuant to article L 112-3 of the French intellectual property code (the ‟IPC”), ‟authors of translations, adaptations, transformations and arrangements of creative works benefit from the protection instituted by the IPC without prejudice to the rights of the author of the original work”. That means that the rights’ beneficiaries of the primary song will also have some rights on the creative work deriving from their original work, i.e. the translation, adaptation and/or arrangement of the original song.

While I understand that it may be standard, in Japan, for adaptors-arrangers to get 50 percent of the rights on songs that they have adapted and arranged, the standard practice in France is a … 10 percent share for the adaptor-arranger, while the remaining 90 percent goes to the publisher of the original songwriter [3].

This striking difference begs the following obvious question: what is the incentive of a songwriter to adapt and arrange French SACEM-registered songs, if he or she will only get 10 percent of the rights on any new work derived from these musical arrangements, and musical adaptations of French songs?

While you are pondering this, I would like to make another point: on which rights would the adaptor-arranger of a French song get a 10 percent split?

The answer is set out in SACEM statutes.

Public performance rights (i.e. the rights deriving from concerts and other public performances) are statutory, which means that their split is governed by SACEM statutes and cannot be changed by the parties.

It is important to note that such splits on mechanical rights on public performance rights apply only to TV and radio broadcastings, since I understand from SACEM’s legal department that SACEM has now reached an agreement with Google, the owner of YouTube, according to which Google will pay 3 Euros each time a video has been viewed at least 50,000 times on YouTube.

The only rights, which are freely determined by the parties, are mechanical rights, i.e. rights perceived on the sale of CDs, cassettes, internet downloads and any other type of multimedia support.

It is important to note, however, that synchronisation rights, i.e. rights deriving from the use of songs in television programs, commercials, home video, motion pictures, and all other visual projects [4], are also freely agreed by the parties and are usually set at the same level than mechanical rights. These synch rights representing a large potential source of income for the rights beneficiaries, the adaptor-arranger is, again, substantially losing out by being only entitled to 10 percent of these synch rights.

To conclude on splits of rights, the adaptor-arranger of a French song must obtain clearance from the author and publisher of the primary work and, in particular, clarify and agree on the level of mechanical and synch rights, possibly by entering into an adaptation and arrangement agreement with the rights’ beneficiaries of the original song.

4. Once clearance is secured, you can adapt and arrange a new version!

After you have made those beautiful adaptations and arrangements, creating a foreign version of that French original song, you will have to register the derivative work with both SACEM and the collective rights society of the country in which you and your own publisher are located.

For example, if a British songwriter adapts and arranges an English version of a French SACEM-registered song, he will have to register the English adaptation with both SACEM and English collective rights society PRS. On the SACEM and PRS application forms, he will set out that he has obtained clearance from all the rights beneficiaries to the original song. SACEM will collect the rights on the English adaptation in France, while PRS will collect the rights on the English version in the rest of the world.

While it might become a hit, such as ‟My way”, the English adaptation of ‟Comme d’habitude”, it will require a lot of sweat, time and energy to obtain all relevant clearances, agree the split of mechanical and synch rights, and then create successful musical adaptations, bearing in mind that the financial rewards may be meagre at best.

It seems fair to say that there are very few incentives to making a global hit out of a French song, since the original French songwriter and his publisher will reap 90 percent of the worldwide mechanical and synch rights of the English version, while the English arranger-adaptor will have to satisfy himself with the remaining 10 percent!

[1] Article 68 of the 2012 SACEM general regulations.
[2] ‟Crossover, the wacky world of sampling”, Dominic King.
[3] The split of rights can be even more ferocious in sampling. According to Dominic King, in his article ‟The wacky world of sampling”, Richard Ashcroft, frontman of the band The Verve, wrote a song based on the Andrew Loog Oldham Orchestra’s arrangement of the song ‟The last time”, written by The Rolling Stones.  Some belated negotiations were started with the representatives of original composers Mick Jagger and Keith Richards but ended nowhere: Richard Ashcroft had to waive his songwriting share in that particular song, on which Jagger/Richards and their publishers got 100 percent of the rights.